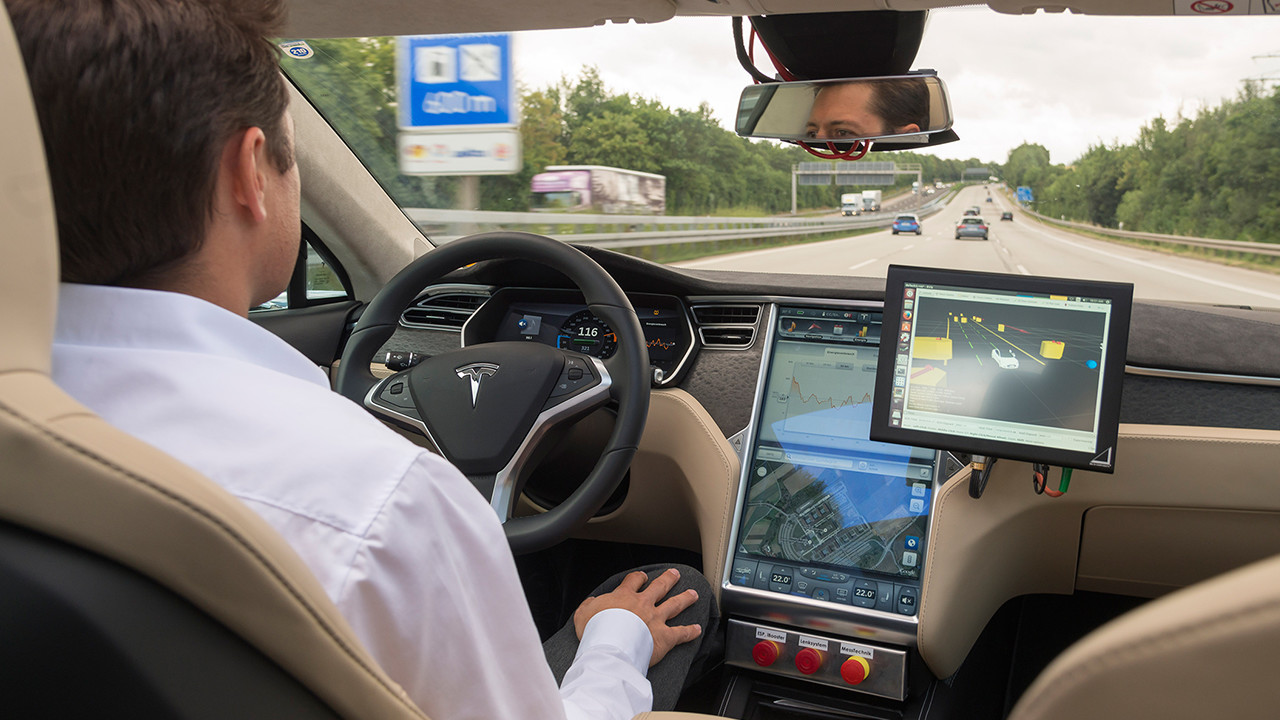 Stuttgart and Renningen, Germany – Bosch is aiming for further growth in 2018, despite the difficult economic climate. After achieving record results in 2017, and in light of economic and geopolitical risks, the Bosch Group expects its sales revenue to grow by 2 to 3 percent in 2018. In the first three months, the sales revenue generated by the company matched the high level of the same period of the previous year, and even increased by around 5 percent when adjusted for exchange-rate effects . “Our company is unequaled when it comes to combining comprehensive connectivity expertise with broad industry and product know-how. This is the Bosch Group’s unique selling proposition,” said the Bosch CEO Dr. Volkmar Denner, speaking at the annual press conference in Renningen. Denner sees improving the quality of life and contributing to eco- and climate-friendliness at the top of Bosch’s agenda: “Our ‘Invented for life’ ethos is our motivation for developing the best possible technologies for environmental protection. We want to help keep people mobile, while improving air quality.” To make practically zero-emissions traffic reality, the company is making heavy investments – both in making electromobility a market success and in enhancing the combustion engine. 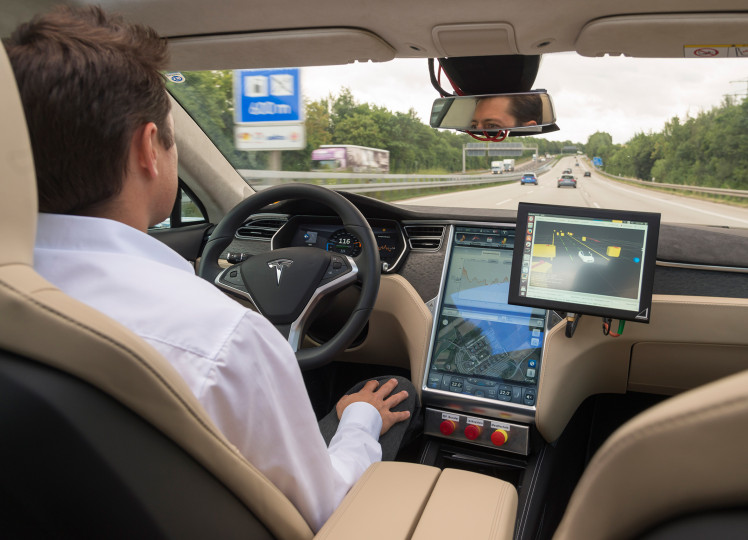 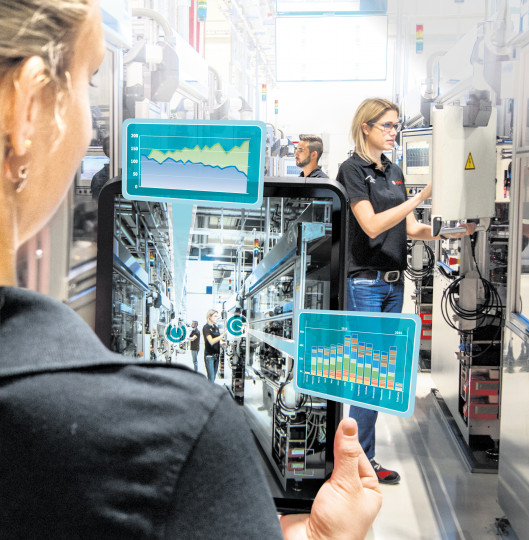 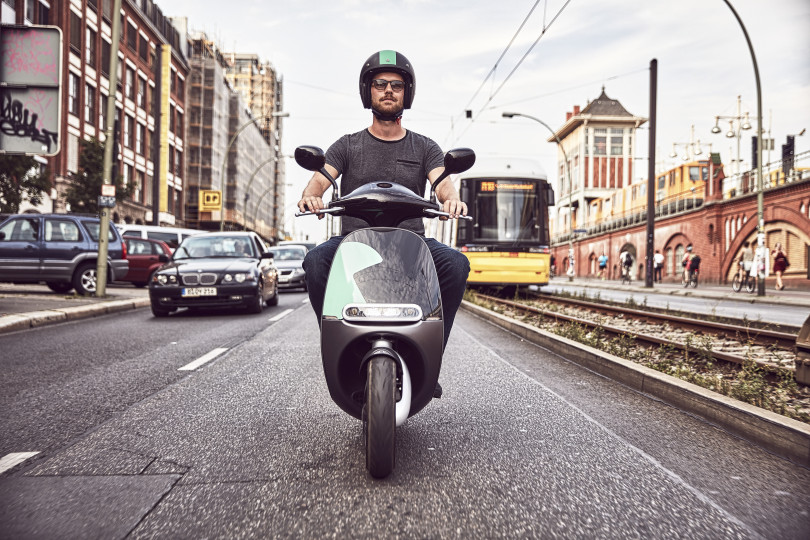 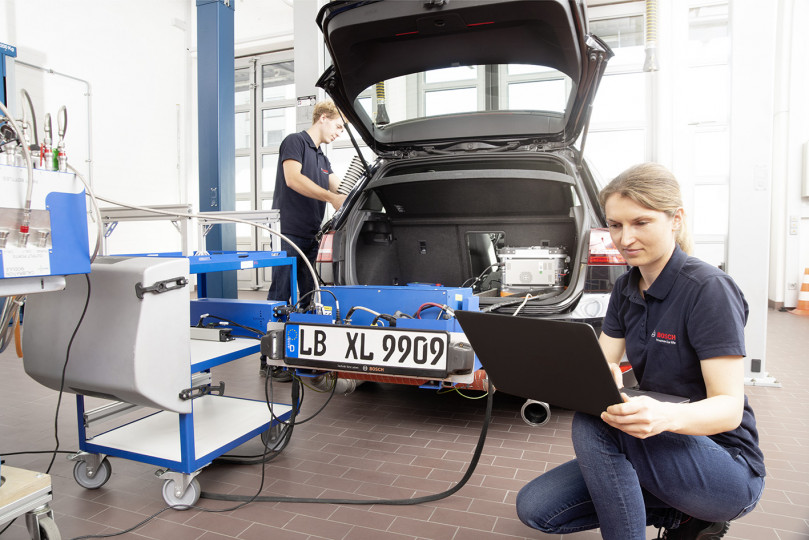 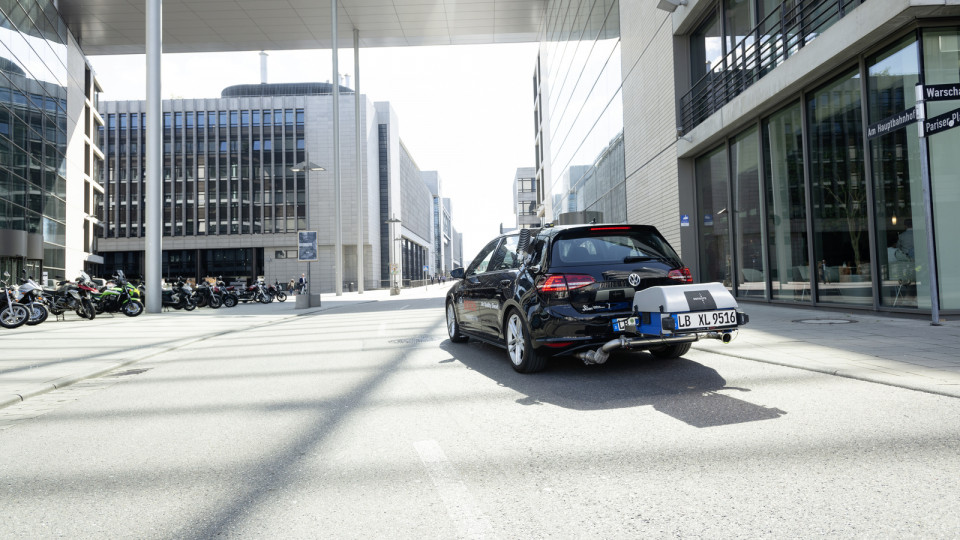 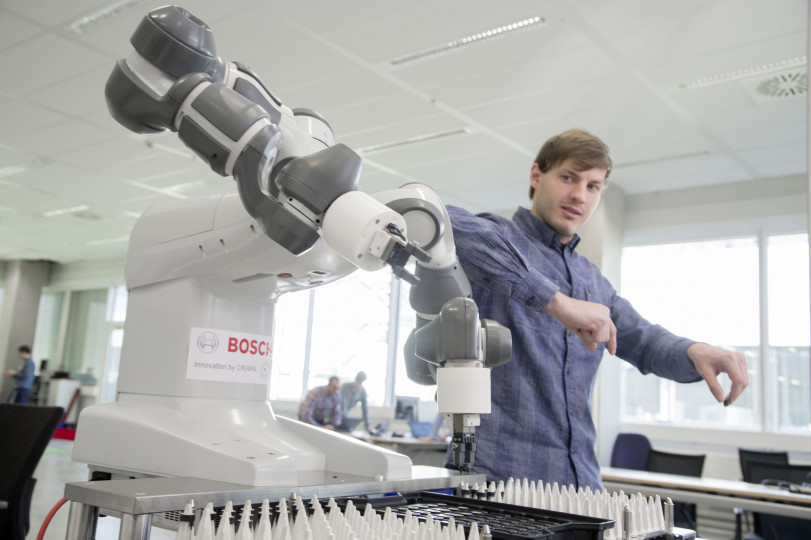 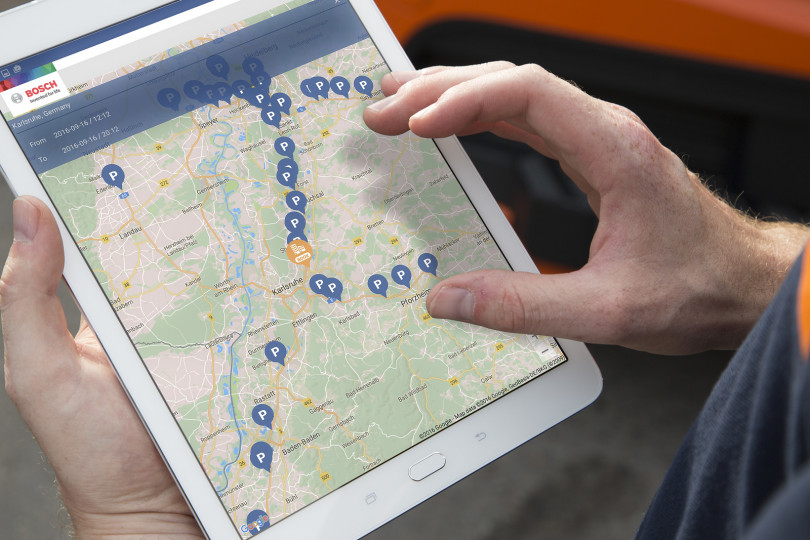 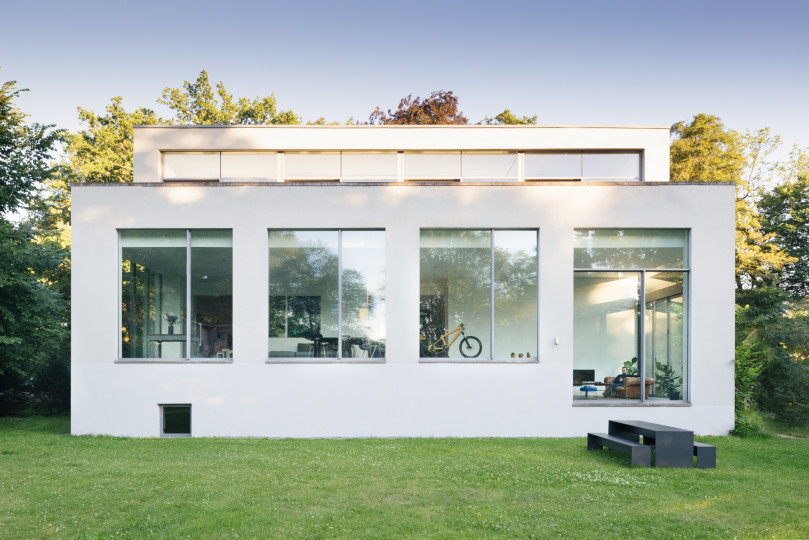 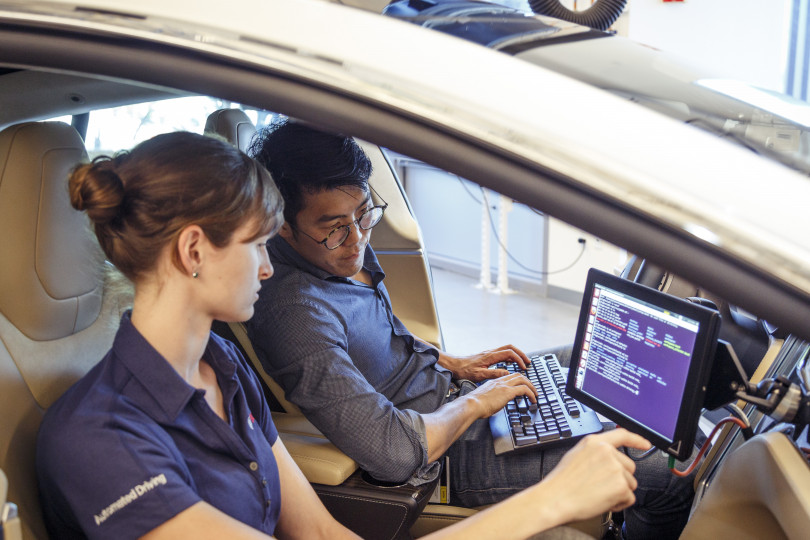 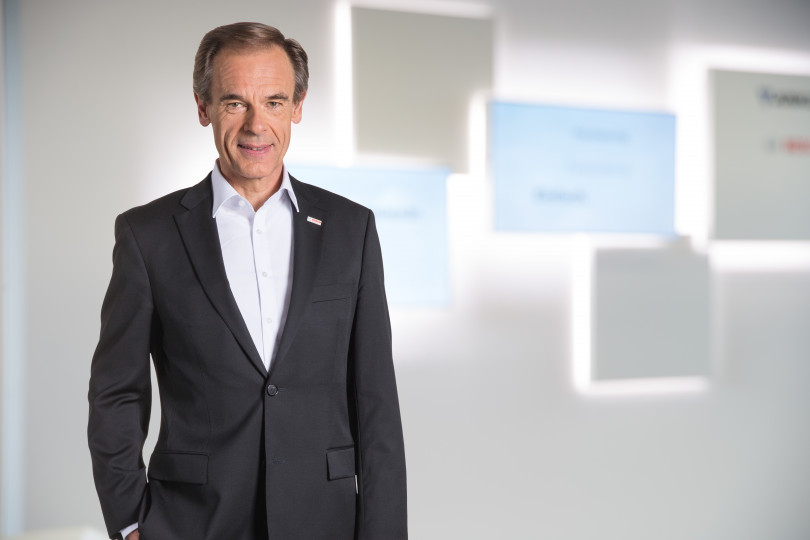 Bosch has now achieved a breakthrough in diesel technology: with their new diesel technology, Bosch engineers have succeeded in getting NOx emissions down to one-tenth of the legally permitted limit. On average, test vehicles equipped with the enhanced technology already emit no more than 13 milligrams of NOx per kilometer, or far less than the 120 milligrams that will be permitted after 2020. “There’s a future for diesel. It will remain integral to tomorrow’s mobility solutions,” the Bosch CEO said.

The year 2017 was an extremely good one for Bosch. The company generated sales revenue of 78.1 billion euros. This represents an increase of 6.8 percent, or 8.4 percent after adjusting for exchange-rate effects, which totaled some 1.2 billion euros. All business sectors contributed to these positive results. EBIT (earnings before financial result and tax) from operations reached 5.3 billion euros in 2017, thus improving by nearly 17 percent compared with 2016. “Both sales revenue and earnings are the highest ever in our company’s history. What’s more, EBIT from operations increased at a higher rate than sales revenue,” said Prof. Stefan Asenkerschbaumer, Bosch CFO and deputy chairman of the management board. The EBIT margin from operations came to 6.8 percent, or 0.6 percentage points higher than in the previous year. Research and development expenditure also remained on a high level. Last year, it came to some 7.3 billion euros. This is equivalent to more than 9 percent of sales.

No other company offers as many real-world connectivity solutions as Bosch: aside from smart mobility, they include domains such as connected manufacturing (Industry 4.0), the smart city, and not least the smart home. So far, Bosch has put 170 in-house IoT projects into practice, focusing on fundamental challenges such as population growth, urbanization, and climate change. In 2017, the company sold some 38 million web-enabled products, roughly 40 percent more than in 2016. Today, Bosch employs more than 25,000 software engineers, no less than 4,000 of whom are engaged in developing solutions for the internet of things. The company increasingly sees future business prospects arising from the digitalization of entire ecosystems. Home Connect – the biggest IoT ecosystem for household appliances – has already been adopted by 28 industry partners. The Home Connect app can be used to operate everything from coffee makers to washing machines.

Bosch has identified significant potential in cross-domain ecosystems that link different industries, such as “Logistics 4.0.” Such ecosystems bring together solutions for manufacturing processes, building services, security, and mobility – all areas in which Bosch plays an active role. As Volkmar Denner emphasized: “Cross-domain ecosystems are the ultimate IoT-related discipline. No other company is better qualified to realize them than Bosch. The competitive advantage offered by our diversification has never been greater.”

Bosch is working tirelessly to achieve a breakthrough for electromobility. In 2017, the company won 20 contracts to produce electrical powertrain systems, valued at a total of 4 billion euros. Bosch expects the mass market for electric vehicles to take off from 2020, and aims to be a leading player in that market. This is already the case in China, where Bosch is working with the U.S. startup Nikola Motor Company and the Chinese company Weichai Power, the world’s biggest manufacturer of commercial-vehicle engines, to promote the use of fuel cells in production vehicles. In addition to its components business, Bosch also sees a promising future in web-based services, such as the recently premiered system!e, to improve the viability of electric driving.

Bosch is also making significant progress in the transition to automated driving. As early as 2019, the company expects to generate sales of two billion euros with driver assistance systems. Bosch is growing faster than the market, which is forecast to grow 20 percent this year. Sales of Bosch radar and video sensors, for example, are expected to increase by 40 percent. “More automation means greater technical complexity. In the future, our customers will need all-in-one solutions, not just discrete components. This is another area in which our systems expertise is an advantage,” Denner said. Some 4,000 engineers are working for Bosch on automated-driving solutions, 1,000 more than a year ago.

Connected mobility is another market in which Bosch expects to generate significant business. The value of this market is forecast to reach 140 billion euros worldwide by 2022. By 2025, there will be more than 450 million connected vehicles on the world’s roads. Bosch has entered the ridesharing business through its acquisition of the U.S. start-up Splitting Fares (SPLT). Bosch has brought SPLT and more than 20 other mobile service providers together in its new Connected Mobility Solutions division. They include the COUP e-scooter sharing service, which is soon to expand its business to Madrid, Spain.

Results by business sector for 2017

Headcount: continuing demand for IT and software experts

At the reporting date of December 31, 2017, the Bosch Group had around 402,000 associates worldwide. This represents a year-on-year increase of 12,900. Recruitment was particularly strong in Asia Pacific and in central and eastern Europe. In Germany, the workforce expanded by around 3,700 to a total of 137,700 associates. Bosch is looking to recruit more trained specialists and executives in 2018, with a special focus on IT and software engineers.

The Bosch Group is a leading global supplier of technology and services. It employs roughly 402,000 associates worldwide (as of December 31, 2017). The company generated sales of 78,1 billion euros in 2017. Its operations are divided into four business sectors: Mobility Solutions, Industrial Technology, Consumer Goods, and Energy and Building Technology. As a leading IoT company, Bosch offers innovative solutions for smart homes, smart cities, connected mobility, and connected manufacturing. It uses its expertise in sensor technology, software, and services, as well as its own IoT cloud, to offer its customers connected, cross-domain solutions from a single source. The Bosch Group’s strategic objective is to deliver innovations for a connected life. Bosch improves quality of life worldwide with products and services that are innovative and spark enthusiasm. In short, Bosch creates technology that is “Invented for life.”

The Bosch Group comprises Robert Bosch GmbH and its roughly 440 subsidiary and regional companies in 60 countries. Including sales and service partners, Bosch’s global manufacturing, engineering, and sales network covers nearly every country in the world. The basis for the company’s future growth is its innovative strength. At 125 locations across the globe, Bosch employs some 64,500 associates in research and development.