Autonomous go-karts on track in Budapest 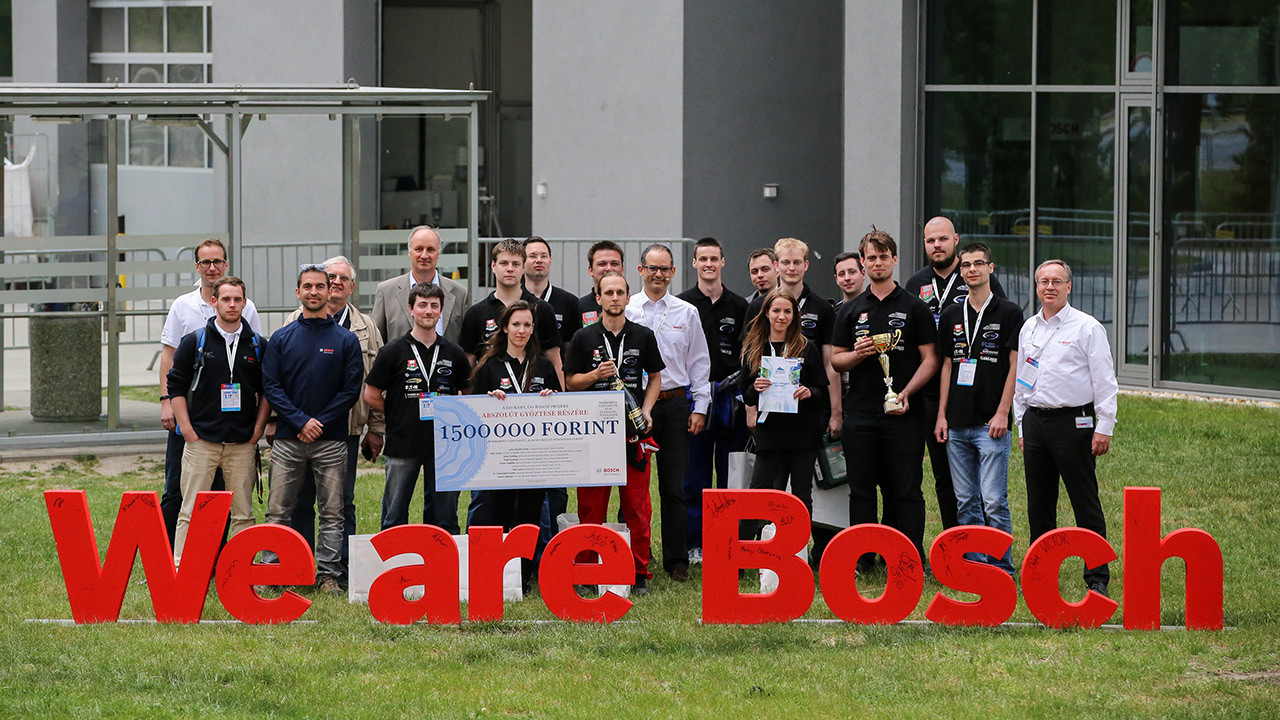 Launched by Bosch three years ago, the Go-Kart, Go-Bosch! competition has had its final showdown. Ten teams from eight universities and colleges pitted the intelligent go-karts they had built using Bosch products and innovative technology. It was a complex task: the most talented students in Hungarian higher education were issued with brand new go-karts by Bosch and had to fit them up with the technology of the future incorporating sensors, cameras and radars. The students made autonomous – self-driving – vehicles, and had to make a starter out of an electric drill and a hybrid drive out a lawnmower. The parts and tools were all Bosch products, put to creative use by the teams. 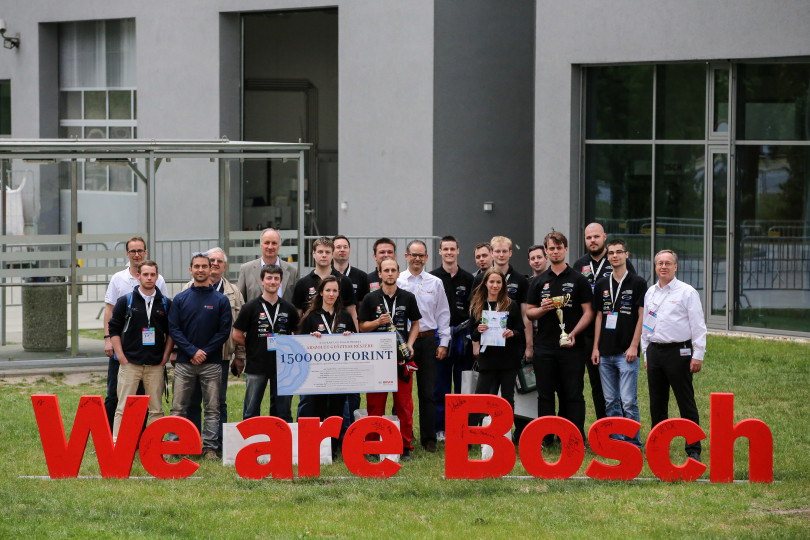 Autonomous go-karts on track in Budapest

The teams brought imagination and professionalism to the job of implementing the functionality of cars of the future in their go-karts. Bosch has attained its original aim with the series of events associated with the project: to demonstrate the importance of the engineering profession and practice-oriented training and show why it is good to be an engineer. Javier González Pareja, representative of the Bosch Group in Hungary, said that creativity, expertise, intelligence and courage had all come together at the final of the Go-Kart, Go-Bosch! competition, and everybody had won. “The students have experienced what it is like to think under pressure, what it is like to create and perform, and what it is like to work in a team. We have got to know a lot of people we would like to work with in future and a lot of ideas we can make good use of. Congratulations to the victors and congratulations to everyone who took part!”

The real race feel
Nobody should think that the competition was just a matter of engineering and technical performance. The public who came to the event got a taste of the future feats of technology, but they also experienced true racing excitement, in the form of acceleration contests, parking and navigation tests, and timed laps. Totalcar frontmen Róbert Winkler and Gábor Bazsó hosted the 23 April Bosch go-kart final, a festival-mood event that produced champions in three categories. The teams decided which categories they entered – all three, if they dared.

Efficient go-kart category
Manufacturers’ development teams have been pursuing alternative drives at high speed in recent years, with efficiency and long-term performance in view. In the Efficient category, teams had to build a go-kart powered by a hybrid drive and fit it with regenerative brakes and a rear differential. All ten teams entered in this category, and it was the Safety Kart team from Budapest that took the laurels. The teams won their points in the acceleration and rented go-kart contest.

Intelligent go-kart category
These are go-karts with the most advanced driver assistance systems, capable of automatic parking and proceeding along a learned route to park in a designated space. The students built in two further driver assistance systems: one convenience function – lane keeping – and one safety function – automatic emergency braking. By linking up these two systems, they implemented adaptive cruise control, a system that keeps the go-kart at a set speed while keeping the proper distance from the vehicle in front, and keeping in lane. All ten teams entered the intelligent go-kart category, which was won by the GAMFkart from Kecskemét. Scoring involved parallel and perpendicular parking, home parking, emergency braking, lane keeping and automatic distance keeping.

Autonomous go-kart category
It was the third category – building on the second – that realised the vision of autonomous transport. The go-karts had to do more than automatically navigate to a set destination. They had to be self-driving in certain traffic situations, using driver assistance systems based on their own sensors and external signals. Seven of the ten teams entered the autonomous go-kart category: GAMFkart, FORZA NYF KART, ME-KART, Safety Kart, Pannon-Racing, Sopianae Motorsport PTE and G.B.G. Team. In the end, it was the ME-KART team from Miskolc that came out on top. Scoring was based on light and sign recognition, ultrasonic navigation and GPS navigation.

Based on the combined results the absolute winner’s title went to ME-KART of Miskolc University, who thus kept the place they secured last year.