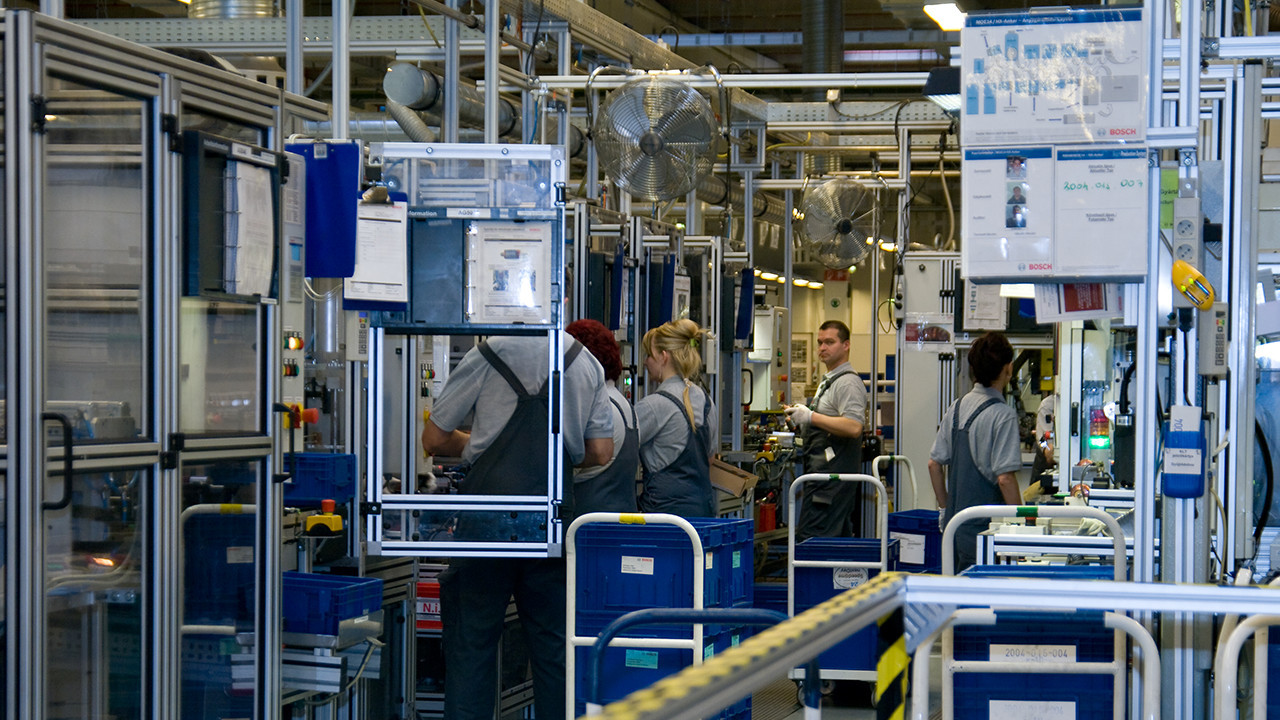 Miskolc – Bosch, the leading developer of future technologies, started its operations in Miskolc fifteen years ago. At a press conference, the global supplier of technology and services revealed the completion of manufacturing and development projects at Robert Bosch Power Tool Kft. and the launch of new projects at the automotive manufacturer Robert Bosch Energy and Body Systems Kft. The event was attended by the Minister of National Economy, Mihály Varga.

The power tool manufacturer Robert Bosch Power Tool Kft. became the first Bosch plant in Miskolc to open its doors, only a year later the automotive manufacturer Robert Bosch Energy and Body Systems Kft. started production of starter motors, air flap actuators and related components in 2003. Ever since, the Bosch sites in Miskolc have been constantly expanding their capacities and launching new projects. The power tool plant, which now covers more than 38,000 square metres and employs nearly 2400 workers, dispatched its 88 millionth unit in 2016. The automotive operation currently occupies 20,000 square metres and has more than 2200 employees.

When the power tool plant started operation in 2002, its first product was a Bosch delta sander. The fifteen years since then have seen the company’s volume output steadily grow together with its product range. In 2016, it made more than 10 million green DIY and garden tools and blue professional tools. The plant has also grown in the R&D area, and today more than 150 employees work on developing both DIY tools and timber-industry blue tools. In addition, it was the first of the Bosch companies in Hungary to adopt Industry 4.0 manufacturing. In 2016 the power tool plant started the production of eBike batteries, and in the same year operations in Miskolc added a new unit, the Regional Services Center, a central European facility for packaging finished products.

The automotive parts and electrical drives plant produced a million brake Boosters – an essential component of hybrid and electric vehicles – by 2017. Among the more traditional products, it also produced more than 20 million wiper systems. Another product of strategic importance in addition to automotive products is the eBike drive, a highly advanced and intelligent power assistance unit for which Hungarian engineers in Miskolc have responsibility for production and technology. More than seventy leading bicycle brands build the drives into their products worldwide.

The high added-value activities pursued by Bosch in Miskolc include research and development, testing, and supplier development. The Group has launched high-level dual training, became one of the main employers in the region, and set up strategic partnerships with many small and medium-sized enterprises. On top of all this, with high-standard, forward-looking projects, it is constantly striving towards top-flight innovation and ensuring that the region also benefits from this development.

In this spirit, Robert Bosch Energy and Body Systems Kft. recently entered the consortium behind the project “Creation of advanced materials and intelligent technologies” within the Center for University-Industry Cooperation (FIEK) research network. The purpose of the collaboration under the lead of the University of Miskolc is to survey the innovation requirements of industrial companies implementing advanced technologies and to meet these requirements on a market basis. The budget for the part of the project in the Miskolc plant is a billion forint, for which the company was granted a non-repayable aid of HUF 500 million from the European Regional Development Fund and from Hungary's central budget appropriation.

The Bosch automotive plant also announced the launch of another consortium-based project, this time to develop coolant pumps and engine cooling fans to meet the higher standards demanded by electric vehicles. Within the framework of the cooperation, the total cost of the company's project component amounts to HUF 600 million, for which the company was granted a non-repayable aid of HUF 300 million from the European Regional Development Fund and from Hungary's central budget appropriation.

Bosch also recently brought several successful projects to completion. One is a production capacity expansion in the automotive plant that started two years ago with a total investment of 9.3 billion forints, including 1.4 billion of government funding. The new production lines and related test equipment installed under the project produce for the Electrical Drives division, and implement several major research achievements. The power tool plant in Miskolc also recently wrapped up a 3.1 billion forint project, involving half a billion forints in government funding, to expand its manufacturing of timber industry products. The Miskolc plants also completed a joint training workshop project that started in 2013. The Hungarian government provided more than 280 million forints to the total project, cost of over half a billion forints. This investment has allowed 177 students to enter dual training in the two plants in autumn this year. It is the largest educational programme in this vein in the region.

Bosch has been present in Hungary since 1898. After its re-establishment as a regional trading company in 1991, Bosch has grown into one of Hungary’s largest foreign industrial employers. In fiscal 2016, its ten Hungarian subsidiaries had a total turnover of HUF 1149 billion and sales of the Bosch Group on the Hungarian market – not counting trade among its own companies – was HUF 238 billion. The Bosch Group in Hungary employs more than 14,200 people (as per January 1, 2017). In addition to its manufacturing, commercial and development business, Bosch has a network of sales and service operations that covers the entire country.