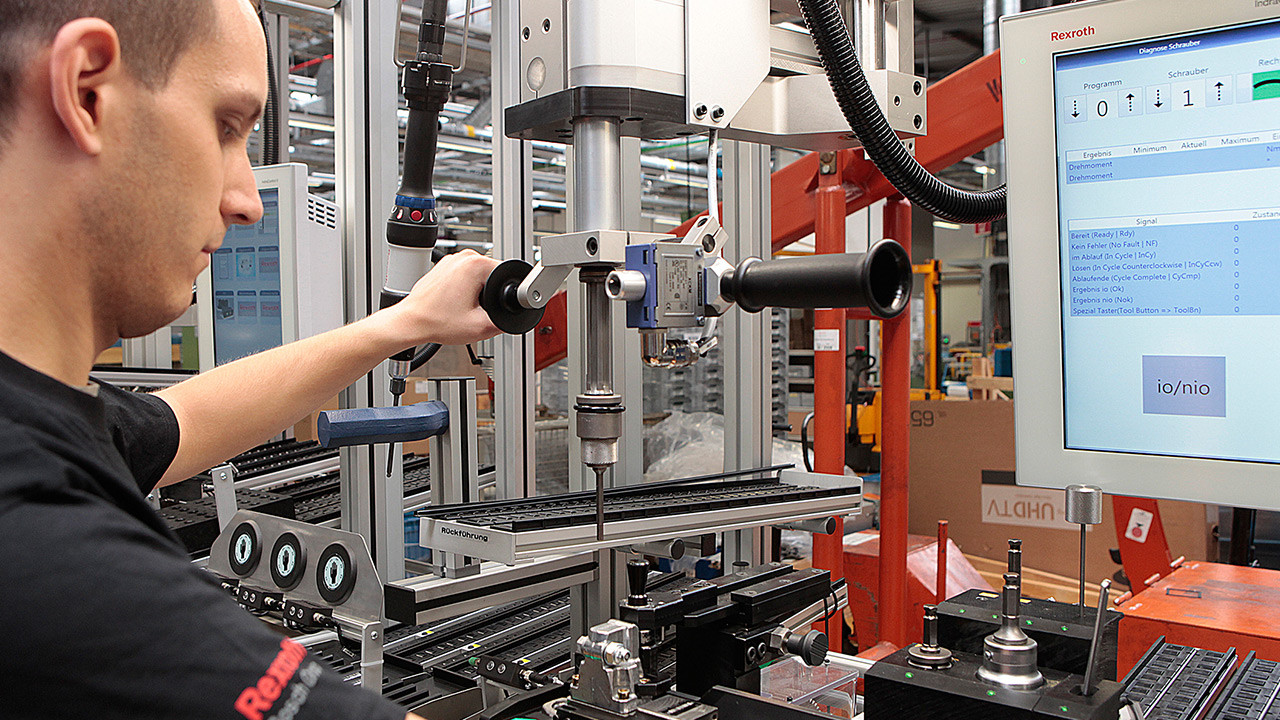 Berlin and Stuttgart – Connected industry is now becoming an international reality. In a new project, Bosch is working together with partners to combine the technical standards of Germany’s “Industrie 4.0” platform and of the Industrial Internet Consortium (IIC) for the first time. This combination of the two approaches allows the exchange of data between central areas of connected industry.
“Industry 4.0 is not so much a national as an international issue. Only a truly global approach – without competing company standards or differing national regulations – will allow it to develop to its full potential,” said Dr. Werner Struth, a member of the Bosch management board, at the Bosch ConnectedWorld IoT conference in Berlin. To date, the lack of a common language has hindered the smooth international coordination of manufacturing, logistics, and building and energy management. “As we head towards connected industry, two worlds are now coming together. This is a major advance. A combination of these two standards paves the way for numerous new cross-border business opportunities for Industry 4.0 solutions, both for Bosch and for other international companies,” Struth said. 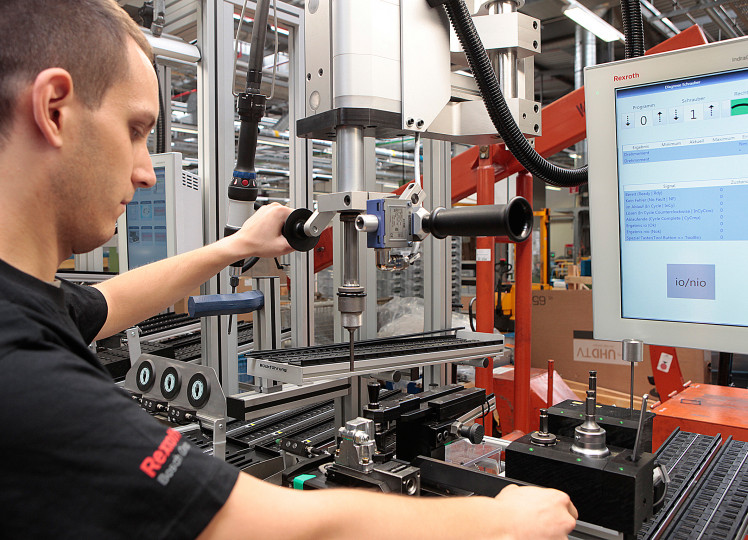 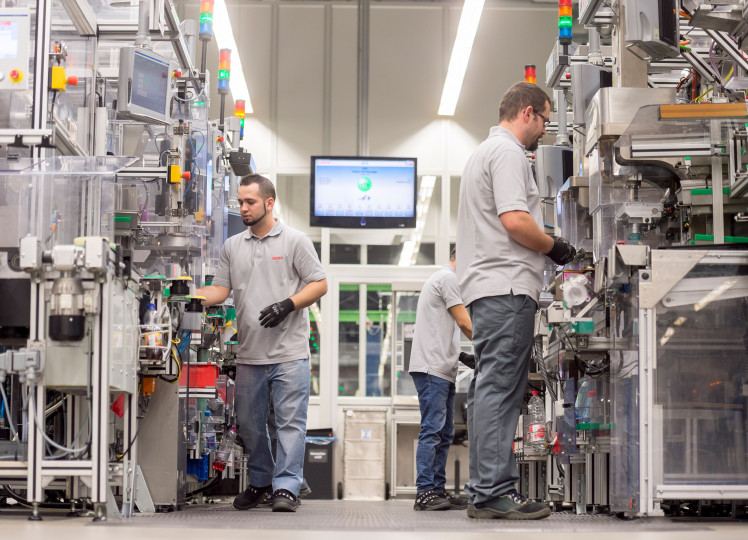 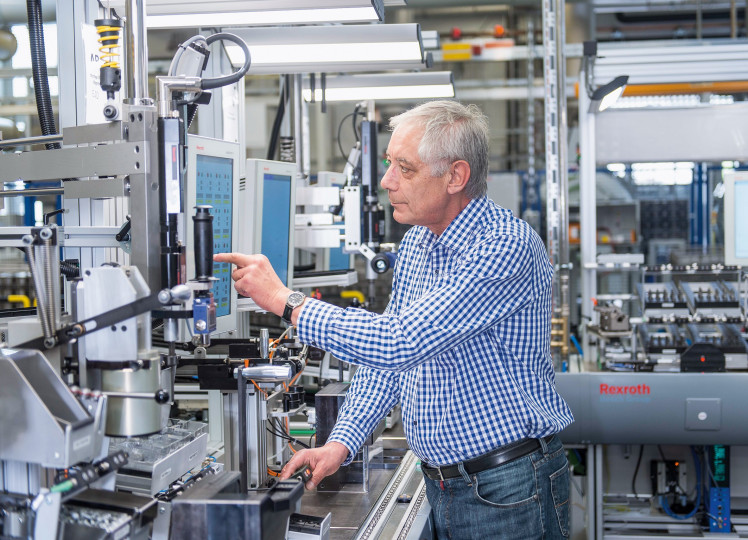 Cutting electricity costs with optimized production planning
The international industry conference in Berlin featured a presentation of the project, which brings the two reference architectures – RAMI4.0 and IIRA – together for the first time. In Bosch’s Homburg plant, a number of connectivity solutions are now combined to manage and optimize hydraulic valve manufacturing so that it avoids consuming electricity at particularly expensive peak times. “This prototype demonstrates for the first time how we can get the Industrie 4.0 platform standards and those of the IIC to work together effectively in connected manufacturing,” said Struth, whose responsibilities on the Bosch board of management include the Industrial Technology business sector and the Bosch Production System.

Common standards increase competitiveness
If all the energy-intensive machinery in Bosch’s Homburg plant runs at the same time, this can lead to very high electricity consumption at peak times. The resulting increase in electricity costs pushes up the cost of manufacturing the hydraulic valves. By using software to manage production and hence electricity consumption as effectively as possible, energy demand can be optimized and peak loads reduced by up to 10 percent. This reduces manufacturing costs and increases competitiveness, while protecting the environment at the same time. All this is made possible by interaction between the production lines, which are based on the Industrie 4.0 platform, and the energy management system, which uses the IIC standard. The Homburg project involves not just Bosch but also, among others, SAP of Germany, Dassault Systèmes of France, and Tata Consultancy Services (TCS) of India.

Partnership is the key to success
The partners combine their expertise to optimize energy consumption at the plant. Bosch continuously collects data from all the machinery in the plant, generating a stream of information about the electricity consumed in the process of manufacturing the hydraulic valves for agricultural machinery. Dassault Systèmes, a 3D specialist, provides a multidimensional representation of all the plant’s machinery and functions, including heavy power users such as large machine tools and hydraulic test benches. The result is what is known as a “digital twin” of the plant, which visualizes not only production processes but also power consumption. SAP provides application services, the according database records all data and analyzes it in real time, Bosch provides energy management software, and TCS is applying its consultancy expertise to the integration of all these systems. The energy management solution is based on the IIC’s IIRA architecture; energy management connects to the production facilities via the Industrie 4.0 platform’s RAMI4.0 architecture. Because the RAMI and IIRA standards have now been aligned with each other and made compatible, software-based data exchange between the production lines and the energy management system is now possible.

The IIC and Industrie 4.0 platform: helpful cooperation
Henning Banthien, the Industrie 4.0 platform’s administrative director, said: “It’s very good news that the two internationally leading initiatives in the field, the IIC and Industrie 4.0 platform, have agreed to cooperate closely in order to set up shared testbeds and work on common architectures and standards. The complementary nature of their approaches will greatly boost the development of connected industry and the internet of things.” Dr. Richard Soley, executive director of the IIC, added: “The Industrial Internet Consortium and Industrie 4.0 platform have both been working for years to accelerate the adoption of the industrial internet of things, developing considerable expertise in the process. As we jointly announced recently, a number of important factors are coming together to make industrial IoT a reality. The IIC is delighted that this broad spectrum of industry expertise plans to propose its testbed to us, and we look forward to evaluating the proposal.”

Industrie 4.0 platform and the IIC: two approaches, one goal
The Industrie 4.0 platform brings together numerous representatives from the industrial, political, and academic spheres to implement connected manufacturing in Germany. With its international outlook, the IIC takes an even wider approach, addressing industrial production in addition to mechanical and industrial engineering, and including the internet of things in the broader sense. The Industrie 4.0 platform set itself the objective of creating the technical framework for connected manufacturing. The IIC is focused on cross-sector connectivity on the internet of things, for instance in energy and building management. Both have developed their own reference architecture (RAMI4.0 in the case of the Industrie 4.0 platform, IIRA in the case of the IIC). As a global company, Bosch is a member of both organizations.

Intelligent Navigation and Wireless Charging for Mini Robots on the Moon Connected Biking solution convinces the CES jury in Las Vegas CES 2021: Bosch puts its faith in AI and connectivity – for the protection of people and the environment Sensors get clever: AI revolutionizes fitness tracking