Bosch survey: 85 out of 100 cars still petrol-driven in Hungary 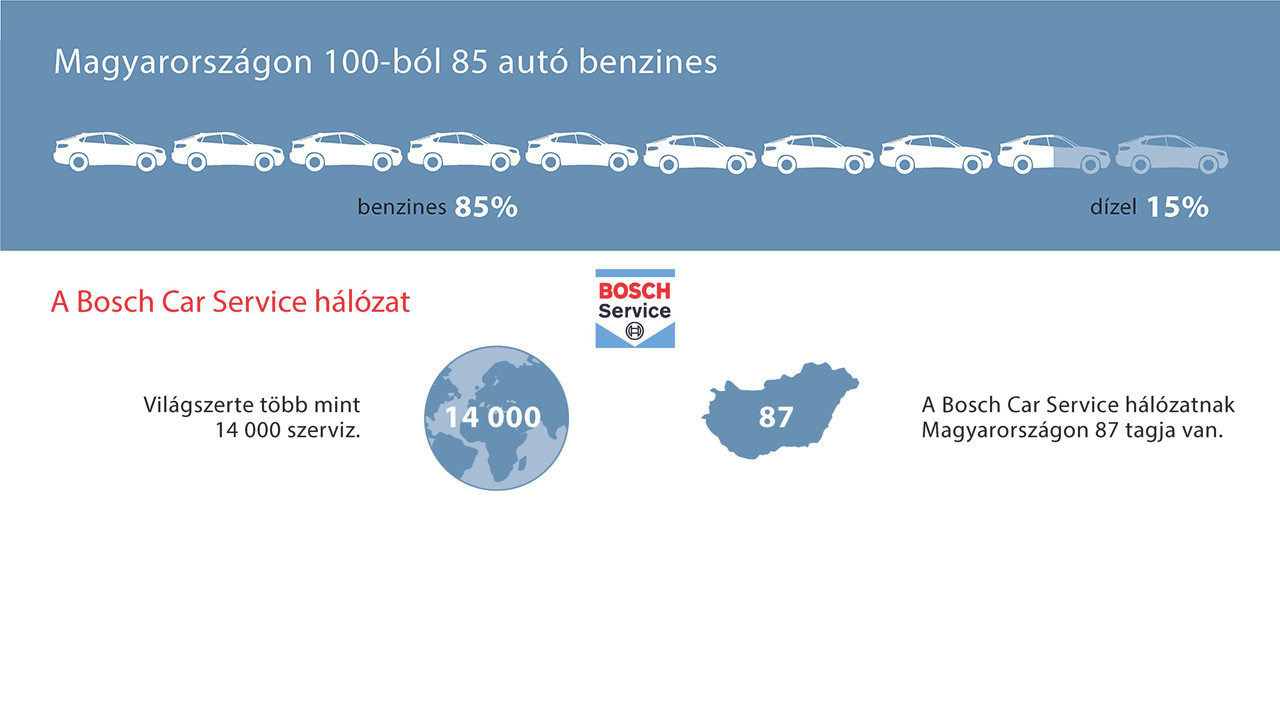 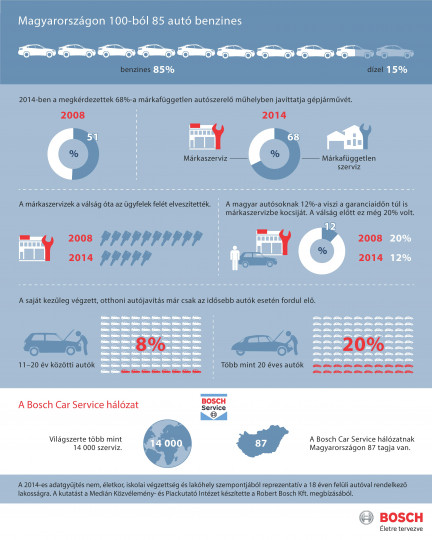 Bosch survey: 85 out of 100 cars still petrol-driven in Hungary

This year’s survey of Hungarian car owners’ driving and servicing habits has found that the vast majority of cars in the country still run on petrol. The latest figures show 85 per cent of Hungarian cars to be petrol-driven, 15 per cent diesel, with a statistically insignificant proportion having gas, hybrid or other kinds of propulsion. There has been no major change in the ratio of petrol to diesel cars since 2010 and 2012.

The survey is also revealing about the car-repair habits of the Hungarian population. Small, independent garages are the choice 68 per cent of respondents when they need their cars repaired. This is almost the same as the 2012 figure, showing that the market shift is now permanent. Between 2008 and 2012, the popularity of independent garages grew substantially at the expense of car manufacturer’s workshop (2008: 51 per cent, 2010: 61 per cent, 2012: 67 per cent). The figures show that owners tend to use the small garages after their car is more than 5 years old, although this tendency is less widespread in Budapest than elsewhere.

Neither has home repair by the owner completely come to an end: owners of older cars are more likely to try and fix them themselves, and if they need professional help, they usually go to small garages. The rate of attempted home repairs is 8 per cent for 11–20 year-old cars and 20 per cent for older cars. The figure for new cars is negligible.