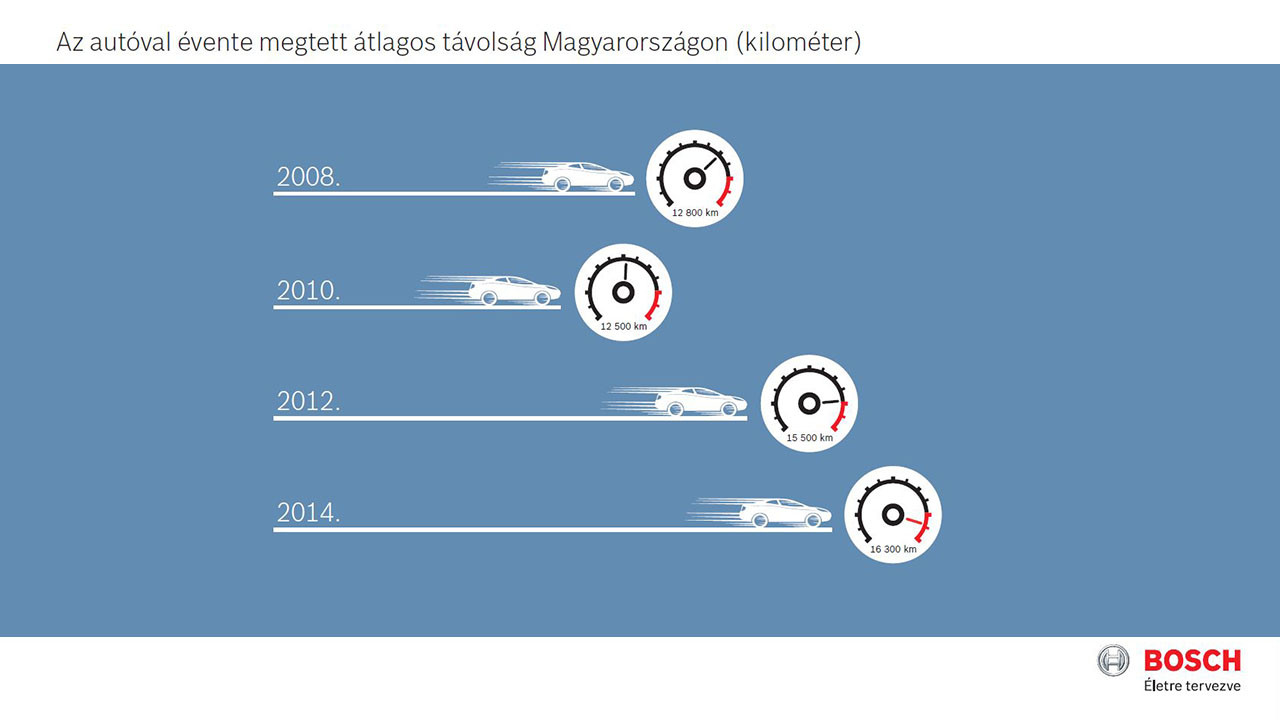 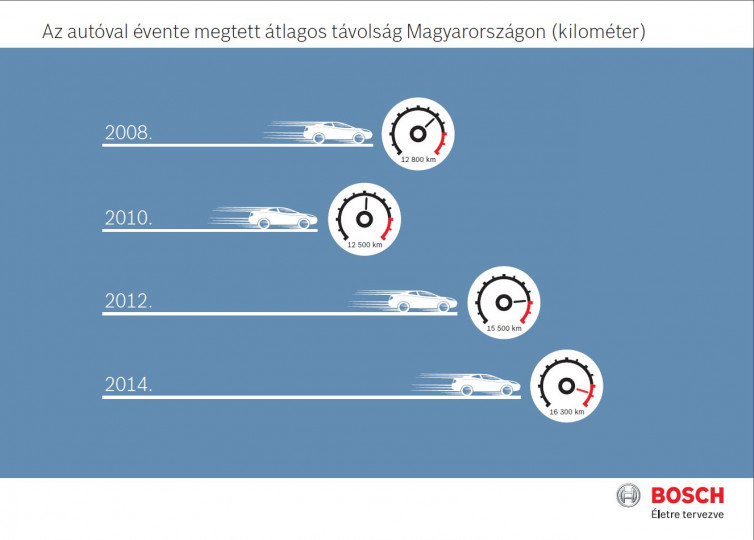 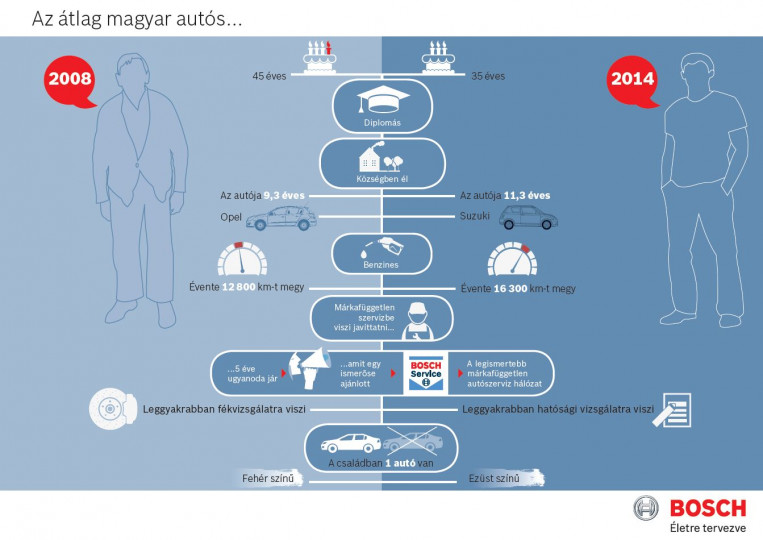 The survey shows that Hungarian cars run an average of 16,300 km a year, well up on the 12,500 km figure for the crisis year of 2010, and still more than the 15,500 km of 2 years ago. That means that we are now doing the equivalent of driving our cars from Budapest to Bangkok and back every year. The research shows that people in Budapest and in villages drive further than average. They are the ones who are leaving the crisis behind and again getting behind the wheel.

The survey also covered car servicing habits. It found that the vast majority of motorists always go back to the same garage. Every second respondent had been going to the same service garage for 5 years, and the average was six and a half. Bosch will soon be publishing more data on servicing habits.