Bosch is committed to ensuring future competitiveness in Hungary 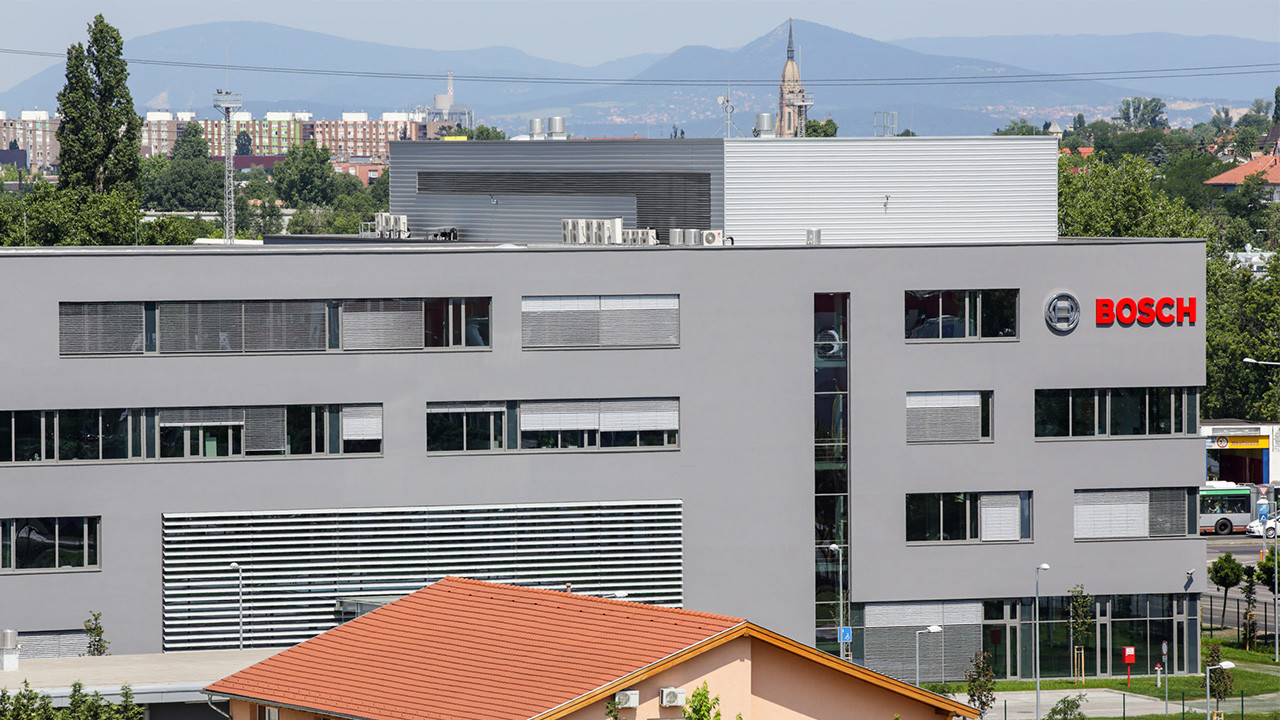 Budapest – Bosch, a leading supplier of technology and services, gradually ramped up its production in Hungary after cutting back, and in some cases shutting down, industrial activities at its plants in the country for a temporary period starting in March 2020. With this measure, the company reacted to the drastic drop in demand for vehicles, especially in Europe, and the associated production shutdowns by automakers. To make a success of ramping up production, Bosch is putting numerous measures in place to ensure that associates are adequately protected against coronavirus infection. “Overcoming the challenging tasks we are facing requires a sensitive balance of key priorities: to protect the health of our associates while also ensuring continuous business operations to sustain the operability of the economy and to safeguard workplaces”, emphasized Daniel Korioth, representative of the Bosch Group in Hungary. 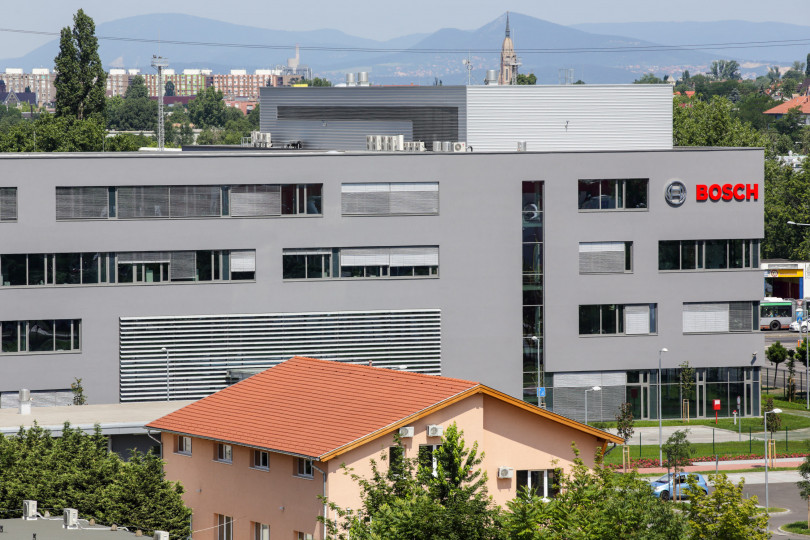 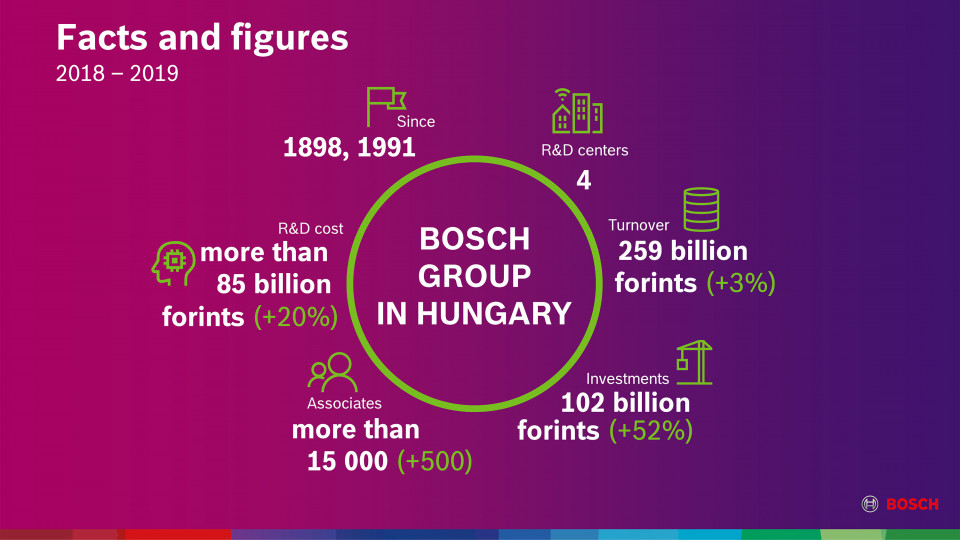 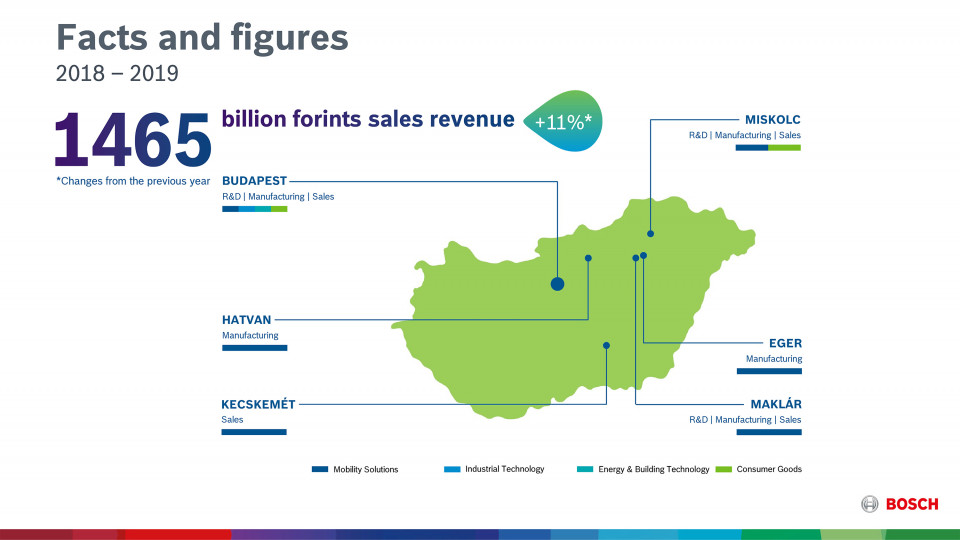 For the current year, Bosch posts a subdued forecast: “While due to the current situation we expect a challenging year also in Hungary, we remain committed to Hungary as a location for manufacturing and engineering as well as the local market and its long-term potential”, said Daniel Korioth.

Adapting to the current challenges
As the automotive industry is currently experiencing reduced demand from customers around the world as well as a paradigm shift regarding mobility, Bosch does not expect that global automotive production volumes will return to their former levels. Bosch has therefore had to make structural adjustments in Hungary, which allow the company to ensure its future competitiveness and safeguard the future-oriented investments and developments announced earlier. “We are constantly monitoring developments in the automotive market and we are redesigning organizational resources accordingly. Furthermore, in consultation with employee representatives, we are currently examining the applicability of the Hungarian government's package aimed at preserving jobs and stimulating the economy”, said Daniel Korioth. “It is a key goal to maintain the individual growth potential of our facilities and to retain the largest number of employees possible”, Korioth added. “Being part of a large network is an important aspect in this crisis. For instance, it helps us prevent supply bottlenecks. This enables us to successfully overcome challenges today and in the future, and to experience a sense of unity.”

Focus on new technologies and innovation
Hungary is a strategically important location for the Bosch Group globally. There are significant strategic investments underway at every local Bosch site. The key investment project at the Bosch Group in Hungary continues to proceed steadily, but construction work is expected to be completed later than initially planned due to the current situation. Expanding the Budapest site of Robert Bosch Kft. will add a total of 90,000 square meters to the automotive development facility of the Engineering Center Budapest campus. In Miskolc, the construction of a new, 20,000 square-meter production hall of Robert Bosch Power Tool Kft. is expected to be finished in the second half of 2020. The facility will manufacture cordless power tools for DIY and gardening applications, along with their batteries as well as batteries for industrial applications. The more than 14.1 billion forint (43 million euros) investment of Robert Bosch Energy and Body Systems Kft, another Miskolc-based member company, continued according to plans in 2019. An important investment milestone was reached when the installation of the assembly lines necessary for manufacturing the 4th generation (GEN4) electric motors for e-Bikes was completed.

The Robert Bosch Automotive Steering Kft. in Maklár now supplies parts to more than 100 auto makers in every part of the world, and boasts a steadily growing portfolio. Bosch has announced further developments at its automotive electronics plant in Hatvan. A 9.6 billion forint (29.5 million euros) investment will bring new, more advanced manufacturing equipment to the Robert Bosch Elektronika Kft., expanding production capacity and contributing to improved vehicle safety, energy-efficiency and connectivity with new-generation products. “We are proud of the fact that Bosch in Hungary is a key player in the creation of technologies shaping the future, be that in the field of the future of motoring, developments based on artificial intelligence or the factory of the future”, summarized Daniel Korioth.

Maklár-based Robert Bosch Automotive Steering Kft. manufactures steering systems, mostly of the advanced, environment-friendly, electric types. The third generation of the steering columns for commercial vehicles manufactured by the company was developed exclusively by the engineers working in Maklár. Bosch is also playing an active role in increasing the number of artificial intelligence applications on the global market. One of the most important results of the several years of cooperation between the Engineering Center Budapest and the automotive electronics plant in Hatvan is an AI-based big data solution which can monitor thousands of parameters during the production testing of sensors. Owing to this, the company can effectively improve on the costs of internal rejects, productivity, process optimization and also preventive maintenance. After setting up an electric bike development unit consisting of 18 Hungarian engineers, the company now has engineering support in the Miskolc automotive plant, close to where new generation e-Bikes for the micromobility market are manufactured. The products developed and manufactured by the companies of Bosch Hungary are also shapers of the future. The IXO drill driver, a popular product of the Miskolc-based power tools plant, has been in production for 15 years and sold in the largest number. Winner of the 2019 iF Design Award, the 6th generation screwdriver introduced such novelties as the 3-LED battery status indicator and full flexibility thanks to the micro USB charging option.

Business year 2019: Bosch demonstrates healthy performance in Hungary
In 2019, total net sales in Hungary, including sales of non-consolidated companies and internal deliveries to affiliated companies, grew to 1,465 billion forints (4,503 million euros), an increase of 11 percent compared to the year before. In the same period, consolidated sales on the Hungarian market grew by 3 percent to 259 billion forints (796 million euros). “Despite the slowdown of economic growth and a significant drop in automotive industry orders, the Bosch Group continued to demonstrate stable performance in Hungary in 2019”, emphasized Daniel Korioth. In addition to turnover, the figures for research and development, headcount and capital investments also increased in 2019 compared to the previous year.

The number of associates employed by the company in Hungary reached 15,300 as of December 31, 2019, more than 3,000 of whom work in the field of research and development.

Bosch Group: Outlook for 2020 and long-term strategic course
In view of the coronavirus pandemic, Bosch anticipates considerable challenges for the global economy in the current business year. To achieve at least a balanced result, will take a supreme effort, the board of management of the Bosch Group announced during the recent Annual Press Conference in Germany. Despite the challenges of the current situation, Bosch is maintaining its long-term strategic course: the supplier of technology and services is continuing with its systematic pursuit of ambitious climate goals and is developing the activities required to support an expansion of sustainable mobility. “Although other issues are currently in the spotlight, we must not lose sight of the future of our planet,” said Bosch CEO Volkmar Denner. Bosch will reach its global climate action targets for 2020 and make all its 400 locations worldwide climate-neutral. In addition, Bosch set itself the goal to make upstream and downstream activities along the value chain as climate neutral as possible – by 2030, the associated emissions (Scope 3) are expected to fall by 15 percent. Moreover, the company plans to pool the experience from more than 1,000 energy-efficiency projects of its own in a new advisory company, called Bosch Climate Solutions. As climate action is accelerating structural change in many sectors, hydrogen is becoming increasingly important, both in the automotive industry and in building technology. Bosch is therefore working with partners on mobile and stationary fuel cells. When it comes to mobility, what is important according to Denner, is a broad technology offensive that not only sets out a battery-electric path to sustainable mobility, but also takes into consideration efficient combustion engines and especially renewable synthetic fuels and fuel cells.

Wherever possible, Bosch wants to contribute to efforts to contain the pandemic, for instance through the newly developed rapid Covid-19 test and the Vivalytic analysis device. Bosch intends to produce more than a million rapid tests in 2020, and to increase this to three million next year. Furthermore, Bosch produces facemasks and disinfectants in some regions, mainly used for the protection of its associates.

Bosch has been present in Hungary since 1898 with its products. After its re-establishment as a regional trading company in 1991, Bosch has grown into one of Hungary’s largest foreign industrial employers with currently nine subsidiaries. In fiscal 2019 it had a total turnover of HUF 1,465 billion and consolidated sales of the Bosch Group on the Hungarian market – not counting trade among its own companies – amounted to HUF 259 billion. The Bosch Group in Hungary employs more than 15,000 associates (as of December 31, 2019). In addition to its manufacturing, commercial and development business, Bosch has a network of sales and service operations that covers the entire country.

The Bosch Group is a leading global supplier of technology and services. It employs roughly 400,000 associates worldwide (as of December 31, 2019). The company generated sales of 77.7 billion euros in 2019. Its operations are divided into four business sectors: Mobility Solutions, Industrial Technology, Consumer Goods, and Energy and Building Technology. As a leading IoT provider, Bosch offers innovative solutions for smart homes, Industry 4.0, and connected mobility. Bosch is pursuing a vision of mobility that is sustainable, safe, and exciting. It uses its expertise in sensor technology, software, and services, as well as its own IoT cloud, to offer its customers connected, cross-domain solutions from a single source. The Bosch Group’s strategic objective is to facilitate connected living with products and solutions that either contain artificial intelligence (AI) or have been developed or manufactured with its help. Bosch improves quality of life worldwide with products and services that are innovative and spark enthusiasm. In short, Bosch creates technology that is “Invented for life.” The Bosch Group comprises Robert Bosch GmbH and its roughly 440 subsidiary and regional companies in 60 countries. Including sales and service partners, Bosch’s global manufacturing, engineering, and sales network covers nearly every country in the world. The basis for the company’s future growth is its innovative strength. Bosch employs some 72,600 associates in research and development at 126 locations across the globe, as well as roughly 30,000 software engineers.