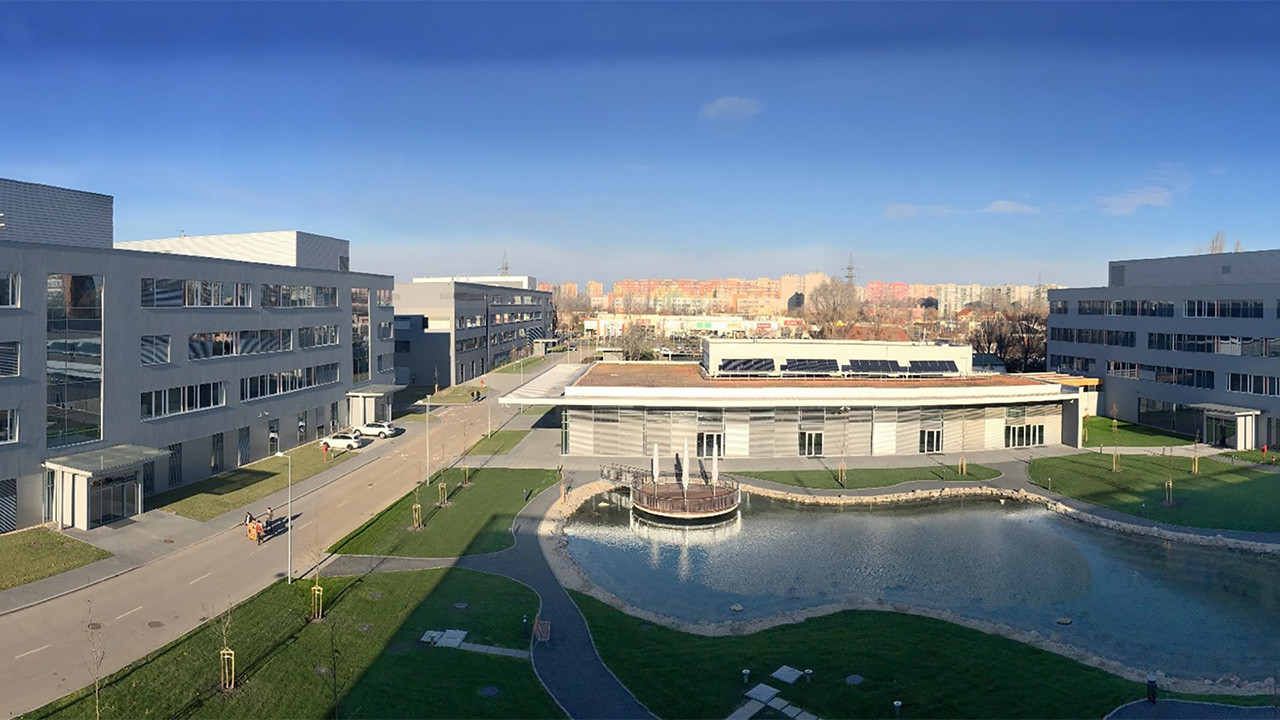 Bosch is developing autonomous vehicles in three locations around the world, including the Hungarian capital. Over one thousand engineers are already taking part in autonomous vehicle development projects at the 15-year-old Engineering Center Budapest. Furthermore, some functions of autonomous vehicles are also being tested in urban traffic, which is unique on the continent. The center in Budapest, which is developing parts for every automotive company in the world, is playing an increasingly important role within the group, and currently this is the only site where all six automotive divisions of the Bosch Group are represented. “The Engineering Center Budapest has become one of Bosch’s flagships in recent years and today it is an essential part of the international automotive industry. This is a special knowledge center involved in the most exciting vehicle development projects” noted Daniel Korioth, representative of the Bosch Group in Hungary. 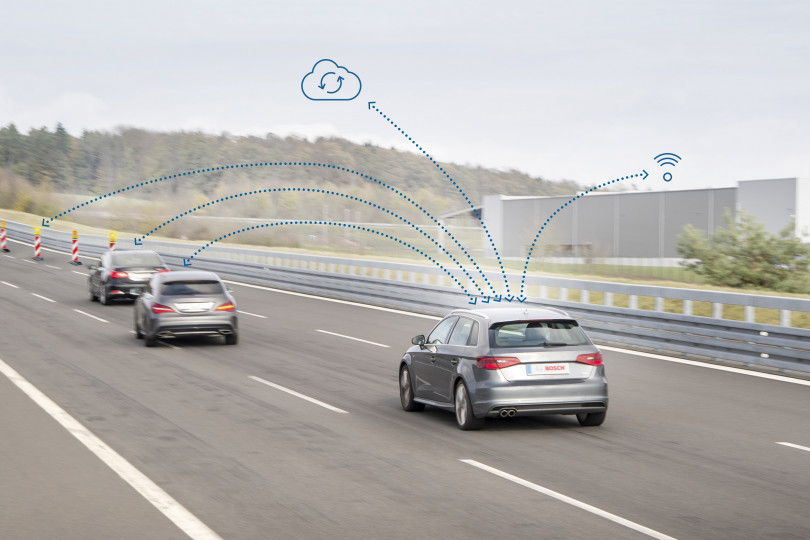 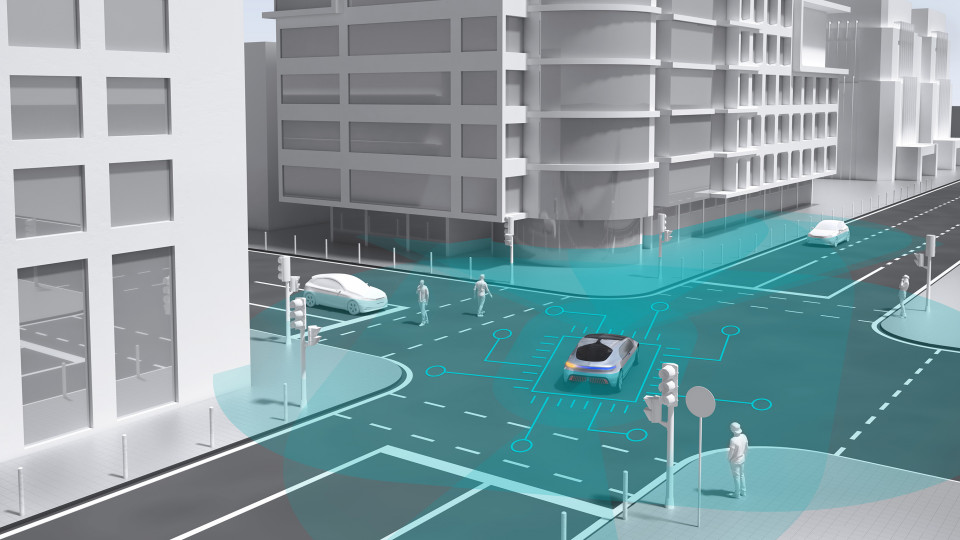 The organisation, established with only a few people in 2005, is running its most important research projects in the field of artificial intelligence, autonomous vehicles and electromobility. “An important goal for Bosch is to include artificial intelligence not only in its automotive but in all kinds of other products, as well as in the manufacturing of products by 2025” stated István Szászi, head of Engineering Center Budapest. In recent years, a number of patents related to artificial intelligence and autonomous vehicles have been issued at the Engineering Center Budapest. Most of the patented technologies in autonomous cars add a feature that allows them to analyse their environment even more accurately and thus predict the movement of other vehicles.

Global automotive patents from Budapest
The traffic predicting application, which has recently been patented by engineers working in Budapest and can be considered a significant achievement even at a global level, is also based on artificial intelligence and enhances the vehicles’ safety through the use of sensors. The application increases the prediction of driving incidents to 5.3 seconds compared to the previous one-second industry benchmark. This means that Bosch’s vehicles give their drivers over five times as much time to prepare for an unexpected traffic incident as before. The new application predicts anticipated incidents with a previously unimaginable accuracy of 97 percent, while also modelling the movement of surrounding vehicles and pedestrians. Engineers have developed the application based on the operating principle of the technology used in mobile phone text recognition and based on artificial intelligence.

The Bosch team in Budapest is also at the forefront of vehicle safety developments in other areas, many of which drivers can already encounter on a daily basis. Among the technologies visible to drivers, they are also involved in the development of lane departure warning, lane detection, adaptive cruise control (ACC), steering systems, parking functions and multimedia devices. Furthermore, they are also working on vehicle safety systems (Chassis Systems Control) such as traffic sign and pedestrian recognition, in addition to dealing with technologies that remain hidden from drivers such as electronic sensors and actuators, as well as acceleration sensors.

One of the center's latest areas of development is drive technologies that significantly reduce emissions such as fuel cells and 48 V mild hybrid systems. These can play an important role in the automotive industry as transitional technologies until the spread of fully electric vehicles.

“For a long time, the companies of the Silicon Valley dealt exclusively with autonomous vehicles, in comparison, we are now filing patents on this subject from here in Budapest” said István Szászi. “The Bosch Engineering Center Budapest is extraordinarily attractive for engineers because they can be part of high-tech research and development here. We have an associate who gave up his American job for the position in Budapest. Furthermore, many people come to us from abroad, mainly Germans, but we also have French, Indian and Chinese colleagues.”

The automotive development activity started with only five associates at Robert Bosch Kft. in 2000. The Bosch Engineering Center Budapest was officially established in 2005 and today it employs over 2,700 people. In addition, the activities of the engineering centers in Cluj-Napoca and Sofia are also managed from here. In accordance with Bosch’s plan the new 90,000 m2 large campus of the development center in Budapest will be completed in 2022.

Bosch has been present in Hungary since 1898 with its products. After its re-establishment as a regional trading company in 1991, Bosch has grown into one of Hungary’s largest foreign industrial employers with currently nine subsidiaries. In fiscal 2019 it had a total turnover of HUF 1,465 billion and consolidated sales of the Bosch Group on the Hungarian market – not counting trade among its own companies – amounted to HUF 259 billion. The Bosch Group in Hungary employs more than 15,000 associates (as of December 31, 2019). In addition to its manufacturing, commercial and development business, Bosch has a network of sales and service operations that covers the entire country.

The Bosch Group is a leading global supplier of technology and services. It employs roughly 400,000 associates worldwide (as of December 31, 2019). The company generated sales of 77.7 billion euros in 2019. Its operations are divided into four business sectors: Mobility Solutions, Industrial Technology, Consumer Goods, and Energy and Building Technology. As a leading IoT provider, Bosch offers innovative solutions for smart homes, Industry 4.0, and connected mobility. Bosch pursuing a vision of mobility that is sustainable, safe, and exciting. It uses its expertise in sensor technology, software, and services, as well as its own IoT cloud, to offer its customers connected, cross-domain solutions from a single source. The Bosch Group’s strategic objective is to facilitate connected living with products and solutions that either contain artificial intelligence (AI) or have been developed or manufactured with its help. Bosch improves quality of life worldwide with products and services that are innovative and spark enthusiasm. In short, Bosch creates technology that is “Invented for life.” The Bosch Group comprises Robert Bosch GmbH and its roughly 440 subsidiary and regional companies in 60 countries. Including sales and service partners, Bosch’s global manufacturing, engineering, and sales network covers nearly every country in the world. The basis for the company’s future growth is its innovative strength. Bosch employs some 72,600 associates in research and development at 126 locations across the globe, as well as roughly 30,000 software engineers.