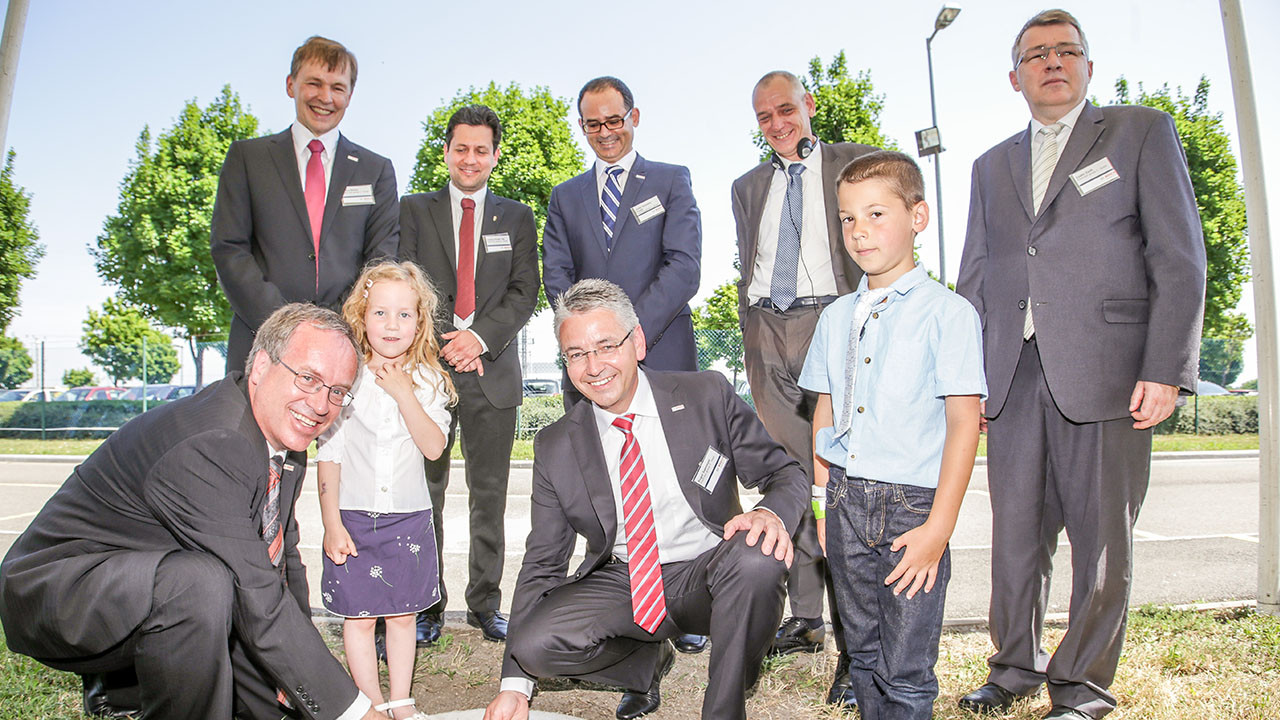 Hatvan – Bosch, a leading global supplier of technology and services, will invest 170 million forints in a new training center at its Hatvan site, approximately 60 kilometers northeast of Budapest. The center is planned to open in 2015 and then take on 56 students annually. Bosch has been offering dual education in Hatvan since the opening of the site, which celebrates its 15th anniversary this year. Today, Hatvan is the company’s largest automotive electronics plant wordwide. The new center will heighten the site’s attractiveness even further by making it a major location for automotive electronics education. The foundation stone of the centre was laid on June 10, 2014, in the presence of Zsolt Szabó, mayor of Hatvan as well as Klaus Meder, president of Automotive Electronics, Javier González Pareja, representative of the Bosch Group in Hungary, Volker Schilling, commercial plant manager and Roger Seemeyer, technical plant manager. 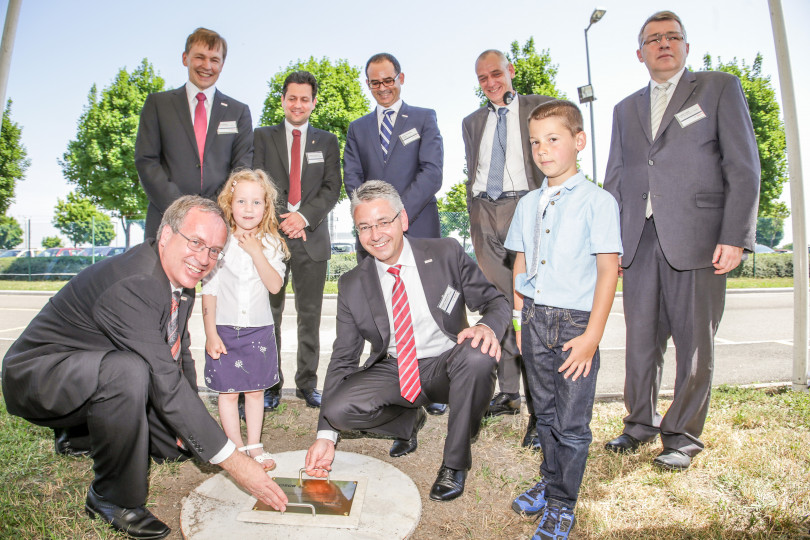 “By laying the foundation stone of the training center today, we are looking to the future and the creation of a facility which will satisfy our constantlyincreasing training needs,” said Volker Schilling, commercial plant manager. The new training center will primarily serve students coming to the company as part of dual training. Seeing potential employees among young people currently studying in the classroom, Bosch already provides practical training – for students training as mechatronic and electronic technicians – and is constantly working to improve its training programs.

Generational care by Bosch
As part of its philosophy of generational care, Bosch takes great interest in both younger age groups and those already at college and university. Since 2011, several nursery school groups have started up in Hatvan with Bosch’s support and there is even a Bosch primary school class, where 21 children started last year. As part of its collaboration with colleges and universities teaching engineering in Hungary, the Bosch plant in Hatvan started up an Automotive Electronics course at Szent István University in Gödöllő in 2012. The course has so far been taken by 23 engineering students, some of them already full-time engineers in the plant.
“The training center is more evidence of Bosch’s generational care and future building. Our objective is that this training venue and the concept behind it will make the Bosch plant in Hatvan into a centre of training for the automotive electronics business sector,” said Roger Seemeyer, Technical Plant Manager, before laying the foundation stone. In pursuit of outstanding quality, Bosch is designing an integrated training portfolio and will invite the best instructors in the industry to the centre. Bosch’s own associates will also be coming to the centre to develop their professional competences, regarded by the company as essential preparation for producing future high-tech products in Hatvan. The Hatvan plant truly follows the spirit of our founder, Robert Bosch.

Dynamic development
The new training center is a further step in the continuous development of the Hatvan plant. In 1998, it started as the first Bosch plant in Hungary, and its first products – brake and gearbox controllers – came off the production lines in 1999. Today, Robert Bosch Elektronika Kft. is the largest employer in the region, and the Hatvan site is Bosch’s largest automotive electronics plant. In the last year, the number of employees at the location rose by nearly 400 to 3500 associates. The plant currently operates more than 120 production lines and almost every automotive manufacturer around the world receives electronic products from Hatvan. Bosch’s plant in the Heves County town manufactures a total of 250 product families in 38 product groups, and has added 35 new products to its range in 2013 alone. A new office building was opened at the site last year, during which the plant also celebrated several production milestones: 10 million dashboards, 30 million on-board controllers, 40 million motor controllers, and 60 million sensors.